A Startup Oasis Amid the COVID-19 Pandemic

Down rounds are looming, layoffs are mounting, and investors prefer to keep capital closer to home, but there are still ways for startups to raise money and maintain momentum during a time of unprecedented crisis. Many venture capitalists and angel investors are going through a triage process, figuring out who in their portfolios is going to receive SOS funding and who is going to be left behind. Companies that fall into the latter bucket may be able to identify alternative sources of funding that can extend their runways until the dust settles. Unlike other investors, startup accelerators have it in their plans to put money in startups at different points of the year. Some have canceled their spring programs, but many have switched to virtual and the funding might still be there for startups in need of cash.

Here are three reasons why companies may be motivated to join an accelerator at this time:

While everyone else is contracting and looking for ways to cut costs, including laying off employees, any funding a company raises can help extend its runway, and also put it in a position to acquire assets and attract employees who were previously not on the market. If a company in a similar industry is folding and they are laying off a group of software engineers, what better time than this to boost a team by hiring top-notch people who already have experience working together? While other founders are jumping on the brakes, companies can get traction during the crisis and impress current and future investors with smart leadership and creative decisions.

The switch to virtual content delivery might mean that if a company get accepted into an accelerator that happens to be in a different city, founders won’t have to spend thousands of dollars relocating there for the duration of the program. This is typically a requirement for many accelerators, but now companies can get coaching from top business advisors and mentors who are not based in the same area, as well as interact with founders in other regions of the world, all from the comfort of your home. In addition to this, there might be resources such as local grants and other funding opportunities available to companies in the accelerator program that may not be obvious.

In addition to growing a network of advisors and fellow entrepreneurs, joining a virtual accelerator program could also give companies access to angels and VCs who don’t typically invest in their areas. Companies based in places like a rural town in Oklahoma, you might now be able to raise money from accelerators in places like New York City or Toronto and spend the money locally. $500,000 in Wichita, Kansas will give a much longer runway than the same amount in Seattle, Washington.

Accelerators are not typically what comes to mind when thinking about bridge financing and protecting startups in a time of crisis, but can help them weather the storm by infusing money into companies and putting them in touch with advisors and resource providers outside of your network. As the old saying goes “unprecedented times require unprecedented measures.”

About the Author: Todor Raykov 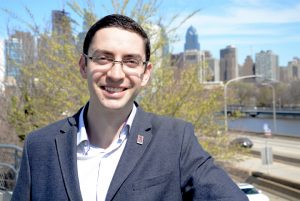 Todor Raykov is the manager of incubator and accelerator programs at NextFab (https://nextfab.com/), a network of entrepreneurship support centers in Philadelphia, PA and Wilmington, DE. In his role, he has invested in 32 high-tech startups and helped them secure over 12 million dollars in funding from angel investors and venture capitalists.

Todor has been a member of InBIA since 2014 and obtained his Entrepreneurship Center Management (ECM) certificate in 2016. The views expressed in this article are his own and do not necessarily represent the position of NextFab.