Amazon offered a rare glimpse inside its innovative culture on Tuesday at an entrepreneurship conference in Seattle — but also asked more than 600 attendees to keep the information shared by high-ranking executive Steve Kessel to themselves.

As you can see from the tweets below, there’s no such thing as secrecy in the age of smartphones and social media, especially when someone is talking to a crowd. 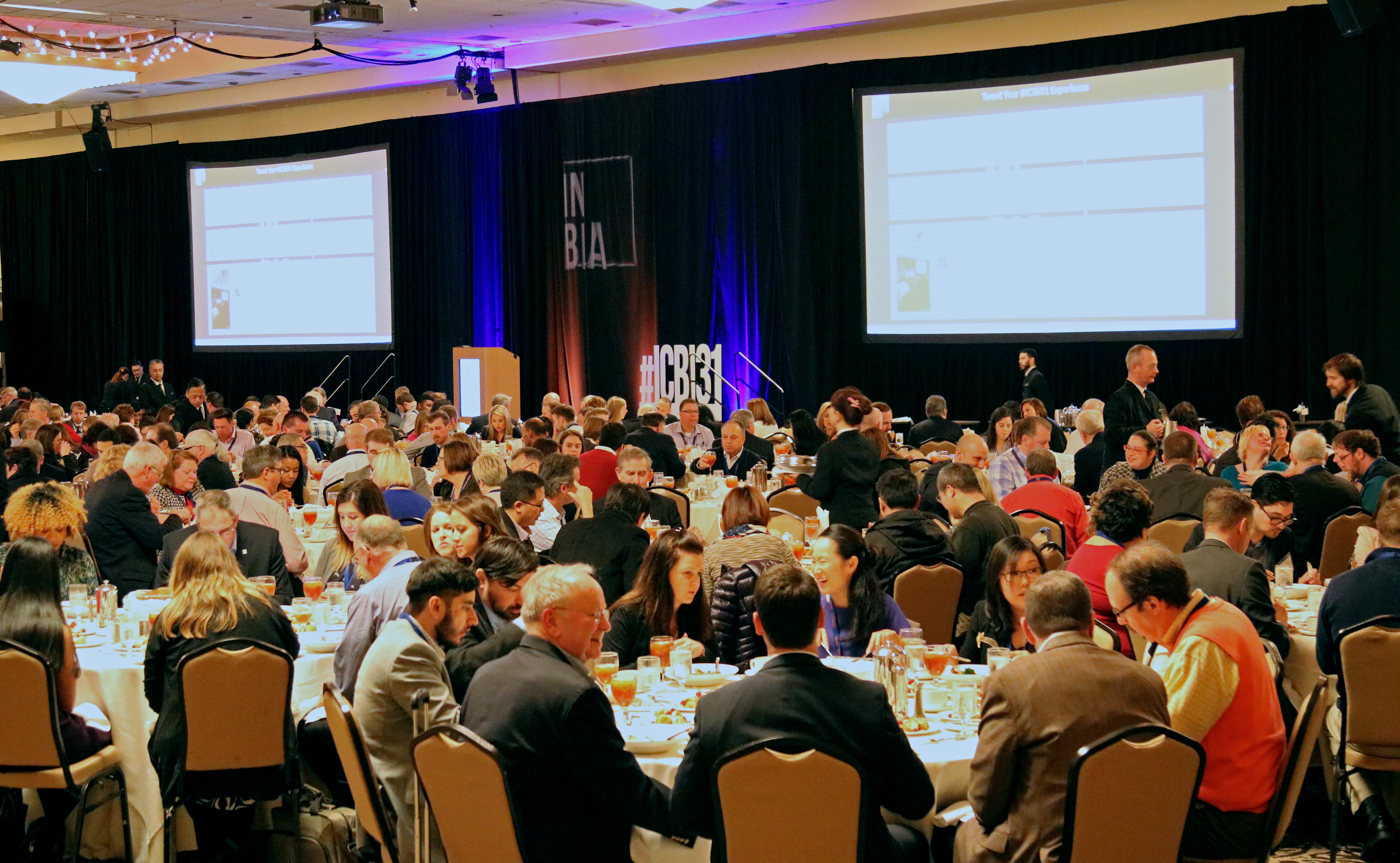 Kessel’s 45-minute presentation, at the 31st International Conference on Business Incubation hosted by InBIA, covered core tenets of Amazon’s innovative culture — customer obsession; a willingness to be misunderstood; being willing to fail; inventing self-service platforms; building a innovative culture and entrepreneurship; etc. — that have helped it become one of the world’s most valuable companies.

But before Kessel began his keynote speech, he also implicitly shared another Amazon value: its commitment to secrecy. He asked people in attendance not to post, tweet or blog about the specifics of his conversation so that he could have a more direct conversation.

The Jeff Bezos-led company has long been intensely quiet with both media and the general public about its business, even more so than many other tech companies.

“He is going to pull back the curtain and give us a glimpse at Amazon’s approach to an innovative culture,” said InBIA board member Jamie Coughlin during his introduction for Kessel. “He’s bringing us into the Amazon family, so if you’d be so kind and hold off on any of those court reporter, word-by-word style tweets or blog posts so Steve can be as real and open with us as possible, it would be most appreciated.”

Yet in a room full of 600 people interested in technology and entrepreneurship, it can be difficult to keep people from sharing information online. Here’s a sampling of the tweets. 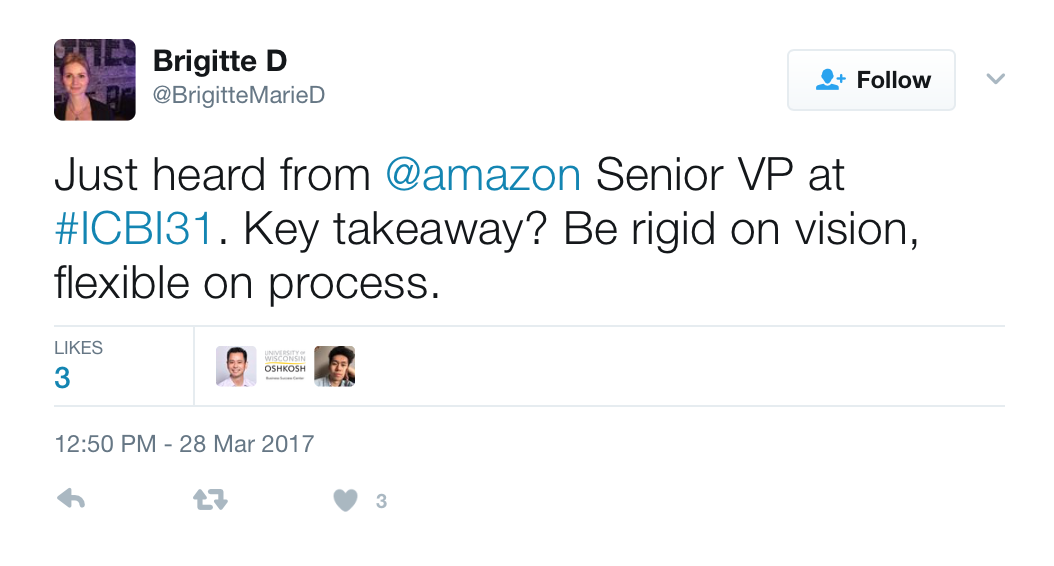 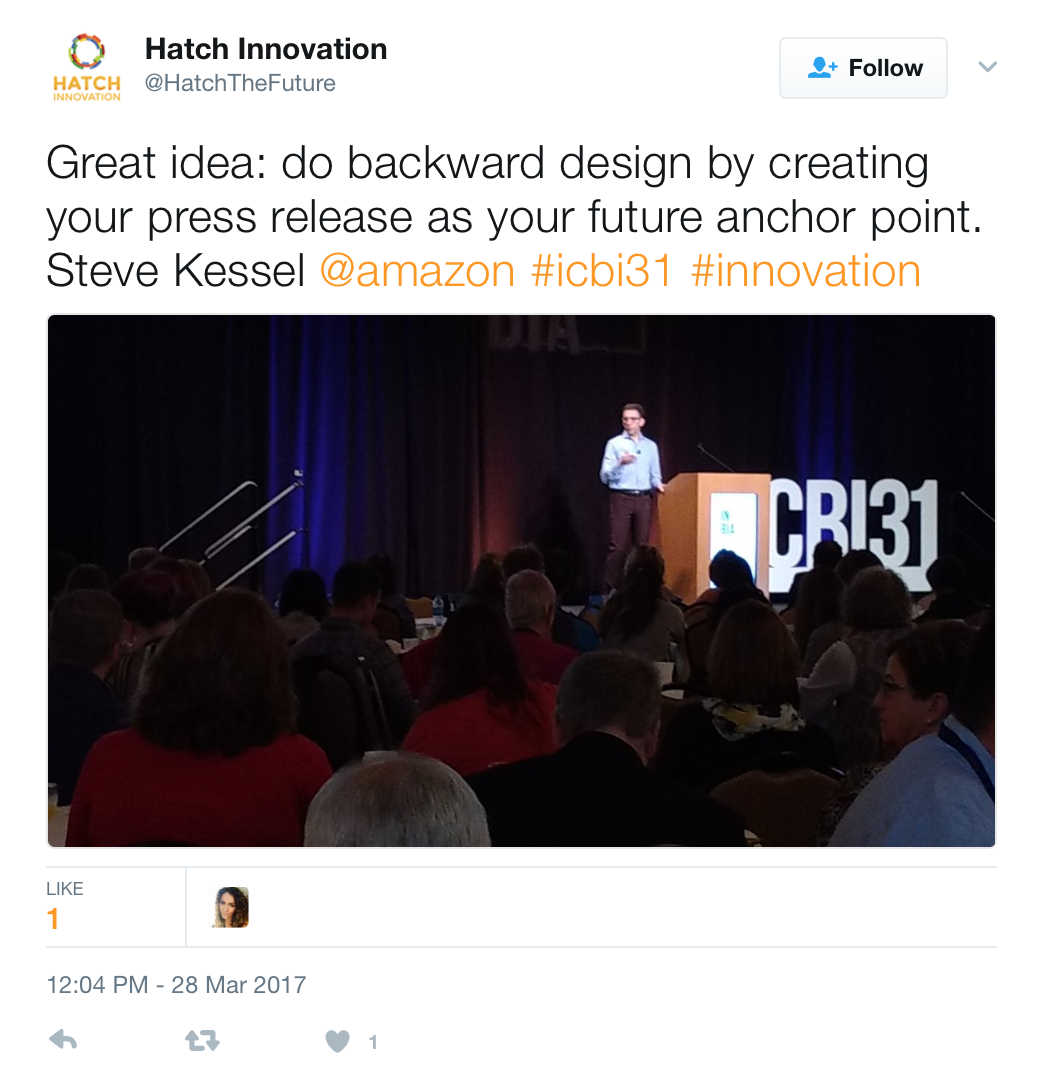 Kessel is an 18-year Amazon veteran who developed the company’s first Kindle e-reader and, after returning from a sabbatical in 2015, now heads up the company’s physical retail efforts, including Amazon Go and Amazon Bookstore. His talk was timely given the unveiling Tuesday morning of the company’s latest brick-and-mortar initiative, the AmazonFresh Pickup locations in Seattle’s Ballard and SoDo neighborhood.

But despite the insistence on secrecy, Kessel didn’t deliver any huge revelations or previously-unknown facts about Amazon. He shared a few anecdotes that helped people understand some of the core principles — for example, explaining how Amazon initially failed with its third-party Marketplace platform, and why Kindle Direct Publishing ended up being a successful idea.

While describing Amazon’s relentless focus on the customer, Kessel recalled that as the company was establishing its innovative culture, it would put an empty chair in the room during meetings for the customer, as a reminder to think from the customer perspective.

Kessel also talked about the “willingness to be misunderstood for long periods of time,” one of Amazon’s most well-known tenants of innovation, which Bezos has often touted.

GeekWire approached Kessel afterward and asked about Amazon’s new grocery pickup stores in Seattle that opened in beta on Tuesday, as well as the company’s new Amazon Go automated convenience store — two big projects that the Amazon veteran oversees. He declined to comment.

This article was originally published by GeekWire.