MassChallenge CEO Shares Why “Entrepreneurs are the Salvation of Humanity”

You’d be hard-pressed to find a bigger believer in the value of startups than John Harthorne.

MassChallenge’s CEO gave the opening keynote at the 31st International Conference on Business Incubation hosted by InBIA, a global network of entrepreneurs, in Seattle on Monday. 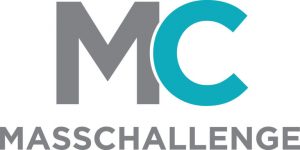 In 2009, Harthorne helped launch MassChallenge, a global non-profit organization that runs five accelerators around the world which are unique because they don’t take equity from startups. More than 1,200 companies from a wide variety of industries — alumni include Tellus Labs; Adhesys Medical; TapLink; and others — have gone through the program and went on to collectively raise $1.8 billion in funding while creating 60,000 jobs.

Before starting Boston-based MassChallenge, Harthorne worked in a variety of industries before landing a consulting gig at Bain & Company. It was then when he realized that the “system” was too selfish and greedy — “everyone was fighting over slices of pie and there weren’t enough people making pie,” he noted. Harthorne and his co-founder Akhil Nigam thought there needed to be an easier way for people to launch businesses.

Entrepreneurs are the salvation of humanity.

“Entrepreneurs are the salvation of humanity,” Harthorne told the crowd. “These are the value creators, the pie creators. They not only create a business, but many times, an entire industry.”

MassChallenge, which is funded largely by corporate sponsors like Microsoft and GE who get access to its startups, aims to remove friction from the startups creation process, placing the companies at the center of an innovation ecosystem that also includes government, investors, universities, media, foundations, and more.

“The goal is to organize everybody and create a model that engages all of them,” Harthorne explained. “It’s like if you make a cake, you can’t just say, let’s put more eggs and get more cake out. The recipe has to be balanced. You need all these players to do more stuff and include them. And the realization is that all of them benefit from a startup.”

Its accelerators — in Boston, London, Switzerland, Israel, and Mexico, with seven others launching by 2020 — offer access to mentorship, office space, and a chance to win part of $3 million in equity-free cash awards.

“Our model, goal, and mission is to create a factory for startups,” Harthorne explained. “We’re trying to create thousands of startups globally to try and change the way people interact with the economy, to be more creative and focused on adding value.”

This article was originally written by GeekWire.