The State of America’s Rural Communities

The economic state of America’s rural communities has significant impact on the overall economic health of the entire country. According to the USDA, the total population in US rural counties (populations under 50,000) is 46.1 million – 14% of the US population. These same counties make up 72% of the US land area, including large regions that contain critical natural resources.

Over the past 15 years, there have been substantial swings in regional economic patterns in rural communities across the United States. In most cases, these economic booms and busts were a direct result of local dependencies on a single industry. The lack of economic diversity in many US rural communities creates high economic risk, especially for regions in which the workforce pools have skills that are limited to only a few industries.

West Virginia’s high dependency on the coal industry is a well-documented example. For decades, coal-dependent regions in Appalachia have included some of the poorest counties in America due to lack of economic diversity. The two maps below highlight additional examples of the economic impact that single-industry dependencies have had on US rural communities over the past 15 years. From 2002-2008, there was significant population growth in rural counties with outdoor recreational areas and retirement destinations (Mountain West, southern Appalachia, Pacific Coast and in the Ozark region). This population migration created construction and recreational services jobs in these regions that could be filled by local populations. As depicted in the second map below, most of these rural regions experienced population losses over the past five years due to the great recession, and have not yet been able to fully recover.

These maps also depict how the recent rise in oil production created a post-recession economic rebound in rural counties across the Dakotas and West Texas from 2010-2015, followed by a decline across both regions that began in 2015 and is still ongoing due to recent cuts in oil production. This highlights the high dependency these regions have on the oil industry as the main driver of economic growth.

These case studies exemplify the boom/bust economic cycles to which many US rural communities are prone. Other rural US communities are highly dependent on farming, lumber, or a single large corporate employer that may decide to move when enticed with a more favorable incentive package from another region or country.

Traditional economic development is unfortunately all about enticing big employers to move away from a community into another region, state or country. In my opinion, this approach is a lose-lose option for both sides. While unemployment is an obvious side-effect for the community losing the employer, the receiving community (or state) usually pays a very high price via tax incentives and other publicly funded benefits that may take years (if ever) to yield a return on the investment.

One of the key reasons I am so passionate about the work we do at InBIA is because entrepreneurship is true win-win economic development. By providing resources and people networks focused on developing a thriving entrepreneurial ecosystem, a community can bootstrap the creation of jobs that drive regional wealth without cannibalizing jobs from other communities. InBIA’s members are leaders in driving entrepreneurial economic development their communities. They oversee business incubation hubs where entrepreneurs can find critical resources and connect with mentors and talent to help grow sustainable, local companies.

Developing thriving entrepreneurial ecosystems in rural communities has a unique set of challenges. A key challenge in every rural US region is the lack of population density. This means that entrepreneurs may require virtual access to resources and mentors. Founders may also need to work as a virtual team initially. Incubators in rural communities play critical roles by providing convening places and connecting talented entrepreneurs with critical resources across a widespread region.

A second challenge is that many rural entrepreneurship centers serve multiple counties. This means that multiple local governments may be involved – each with different decision makers, public agendas, and tax regulations. Public officials in rural ecosystems need to collaborate closely (and check egos at the door) to effectively support the sustainable growth of local emerging and growth companies. The mindset needs to change from “we are competing with each other” to “we are on the same team and are competing in a global economy”.

There is no question that many US rural communities face daunting economic challenges that will need to be overcome to compete in today’s global economy. To meet these challenges regional government, business, entrepreneurial and education leaders will need to join forces to create resources and mentor networks that enable new business ventures to take root and grow.

About the Author: Kirstie Chadwick 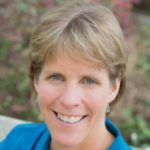 Kirstie has over 25 years of experience at technology companies including Sun Microsystems, Mentor Graphics and Lockheed Martin. She has also held executive roles at five venture-backed technology startups, including her role as co-founder and CEO of DigitalOwl. She raised over $15M in venture capital for these companies, and is the former Executive Director of the Winter Park Angels – a 50+ member angel investment group.

In addition to her experiences as an entrepreneur and investor, Kirstie led the financing and management of Florida’s Igniting Innovation and Starter Studio Technology Accelerators, which together directly resulted over $50 million in follow-on capital by participating companies.